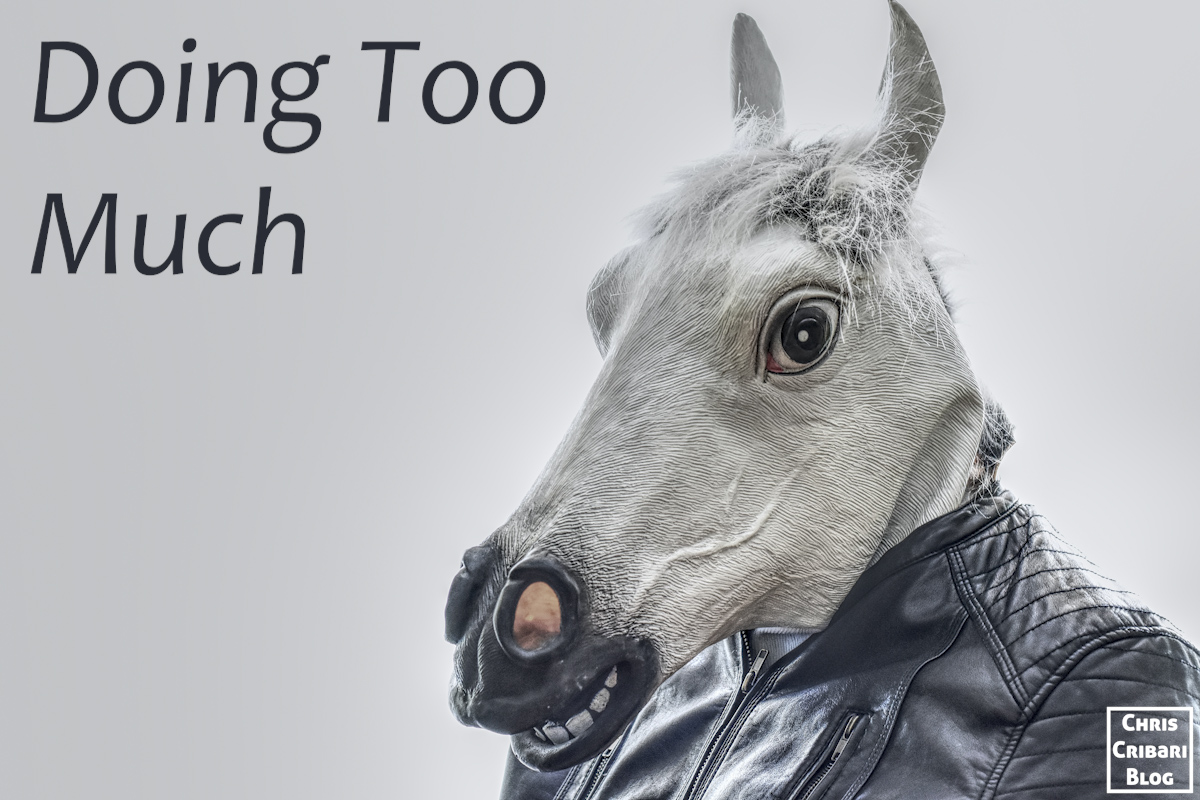 [This was a sermon I gave to the youth group at my local church when serving there as a youth leader. It was about 25 minutes and was focused on helping students study the book of Galatians verse-by-verse.]

Last week Dan taught on the latter half of Galatians 2. Tonight we will look at the first 9 verses of chapter 3. Let’s read the text and then break down what it means from there.

“You foolish Galatians, who has bewitched you, before whose eyes Jesus Christ was publicly portrayed as crucified? This is the only thing I want to find out from you: did you receive the Spirit by the works of the Law, or by hearing with faith? Are you so foolish? Having begun by the Spirit, are you now being perfected by the flesh? Did you suffer so many things in vain—if indeed it was in vain? So then, does He who provides you with the Spirit and works miracles among you, do it by the works of the Law, or by hearing with faith? Even so Abraham believed God, and it was reckoned to him as righteousness. Therefore, be sure that it is those who are of faith who are sons of Abraham. The Scripture, foreseeing that God would justify the Gentiles by faith, preached the gospel beforehand to Abraham, saying, “All the nations will be blessed in you.” So then those who are of faith are blessed with Abraham, the believer.”

Now this part of Galatians is really split into two main sections. The first half focuses on the bad example of what the Galatians were doing, while the latter half is centered on the good example of what Abraham did differently. The key is that Paul is first addressing the problem that these Christians are dealing with before getting to the solution. What’s the problem? Well, they’re doing too much. Like most of us, they forgot what it means to be a Christian because they added all of this unnecessary filler. Let me explain by focusing on what they got wrong.

You see, when you first become a Christian, everything is super simple. You know God, He loves you, and all of life seems right for awhile. But then as you get older and the longer you remain a Christian, the more complicated things tend to get. You learn more, you meet different Christians who believe different things, and pretty soon you eventually find yourself wrestling with some new ideas that you’ve never heard of before.

But there’s nothing wrong with learning something new. In fact, Paul himself who wrote Galatians and plenty of other books in the Bible is always encouraging believers to grow in their faith. To mature and go from being infants to mature, seasoned believers who know more about God.

The problem is that most Christians don’t become mature believers over time who know better when a new thing is introduced that may or may not be true. What’s even worse is that we love to be fooled and tricked. Don’t believe me? Watch this (Play magic trick video: https://youtu.be/OVkmibfFbVI).

Honestly, everyone loves to be fooled. We love it. We love movies without knowing how they’re made. We love celebrity couples, even though they are staged. We love drama and gossip, even if it’s not true. We love to be fooled. Combine that with your longing to belong somewhere and that’s where we get this word in verse 1 called bewitched. This word basically means that they were captivated or thoroughly tricked into believing something that is not true.

The Galatians were bewitched into buying the lie that they needed to do more. They took the bait that by adding all this extra fluff to their faith, they were somehow being better Christians. When Paul repeatedly calls them fools in these first 5 verses, he is literally calling them idiots and stupid for believing this lie where they are doing way too much. The Gospel is not I need to do all of these things to show I’m good enough. The Gospel is I can’t do all these things, so God sent Jesus because he is good enough. Ephesians 2:8-10 says,

“For by grace you have been saved through faith; and that not of yourselves, it is the gift of God; not as a result of works, so that no one may boast. For we are His workmanship, created in Christ Jesus for good works, which God prepared beforehand so that we would walk in them.”

Who was Abraham? Well he was a lot of things. He was the ancestor of Jesus, the founder and father of the Hebrew people, along with being a man known for his faith in God. Here, we’re going to look at him and his faith.

For the church in Galatia, Abraham was a big deal. Especially because they were Jewish and Abraham was the father of the Jewish people. So when Paul mentions Abraham, it would be the equivalent of going to China and talking about Jackie Chan. Everybody knew who Abraham was and next Paul is going to bring up why he is so famous in these last 4 verses.

In Philippians 1:6 Paul writes, “For I am confident of this very thing, that He who began a good work in you will perfect it until the day of Christ Jesus.” There is nothing to add to the Gospel. The change that you’ve seen is a result of God working in your life and not the other way around. We might slow down the process when we sin, but we can’t speed it up. Paul writes elsewhere that, “God causes all things to work together for good to those who love God, to those who are called according to His purpose.”

In the end, there really are only two types of Christians. Those who are all about trusting God and those who try to add to what God has done, which shows they trust in themselves more than God. But what God did is done and finished. Don’t try to complete what God started because God is enough for your faith.

This is admittedly a much shorter sermon than usual. It was 3.5 pages versus my more common 4 to 5 page average with double spaced, 12 point font. Think of each page written as 5 minutes when presented. So this message for instance was 17.5 minutes excluding the video. My video example was just over 4 minutes, which meant I had less time to share and therefore shortened my notes to fit the format.

What some of you may have noticed, is that over the past few sermons previously I have mentioned Romans 8:28 to one degree or another. I did this intentionally, so that students could comprehend their own faith with one very compact verse that sums up what we were learning quite well. An overarching theme throughout multiple sermons.

I enjoyed the simplicity of this sermon and it was nice to focus on smaller sections of Scripture, while adjusting to the change of a topical series to a verse-by-verse format for the book of Galatians. It was the original method I learned on how to teach the Bible back in middle school and was fun to go back to for this series. With that, Godspeed and Jesus bless.