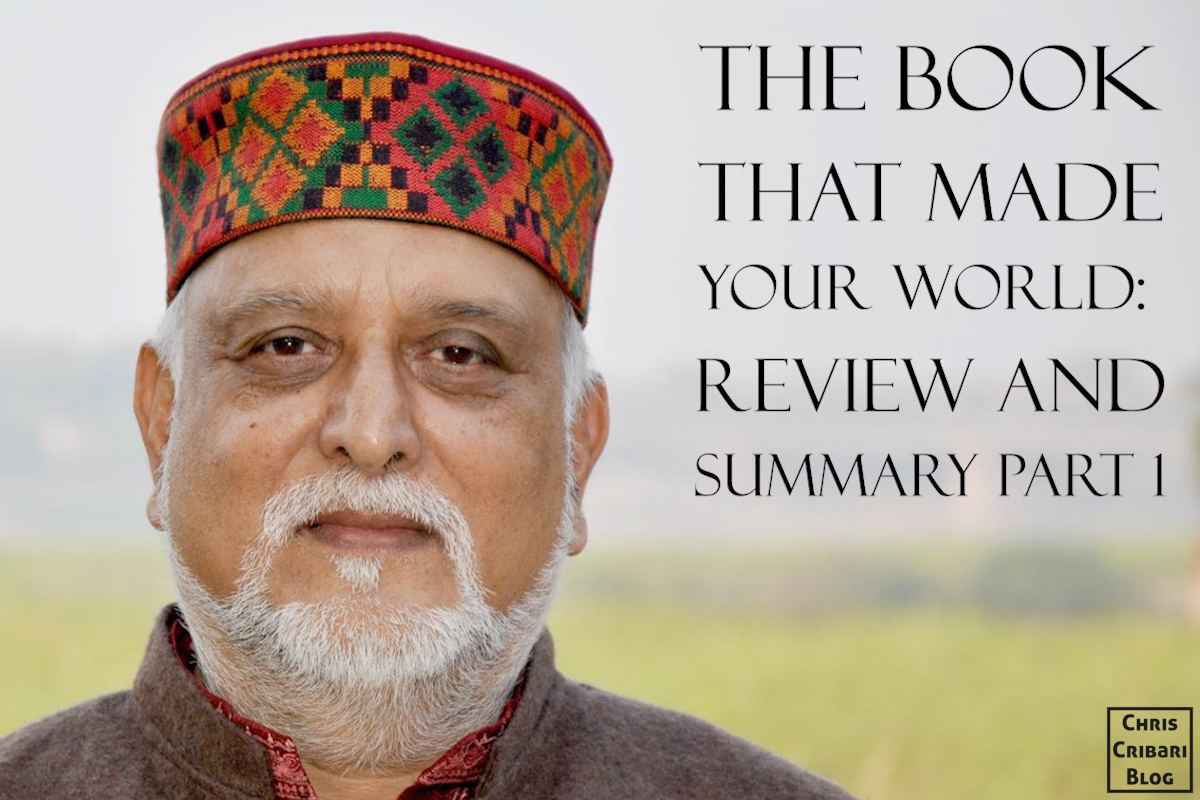 This blog-post was commissioned by Marjorie Wall-Hofer who is a member of my former church called Peace Mennonite Community Church (2). This will be different than other blog-posts in that I will be reviewing and summarizing a book called The Book That Made Your World by Vishal Mangalwadi (3). To be honest, I had never heard of him or his oddly titled book beforehand, but I went for it and thoroughly enjoyed it for the most part. There were a few minor issues I had with the book, but they are too minut to mention every single one in detail.

Primarily, my issues with the book were either grammatical spelling errors (i.e. “bcome” vs. “become”) or jumps in logic to unproven conclusions. Yet, those issues were brief and were my only nitpicks with the book itself. There was also the fact that it reads like an encyclopedia of information as it goes from subject to subject like a textbook of sorts. Then again, I guess there was no way around that problem either considering the subject matter in the first place.

Mangalwadi’s The Book That Made Your World is a very informative take on the Bible’s influence in twenty key areas of the human experience like the origins of science to the concept of compassion in the face of utter barbarism in the early first century. Its aim was to show how the Bible has shaped the West in some of the most profound ways imaginable, even in some ways unexpectedly. In that respect, the book succeeds. Although it does tend to lack the artistic appeal of more expressive writers.

The book begins with how the Bible was crucial in the conceptual development of the human soul. Comparing both Johann Sebastian Bach and Kurt Cobain from Nirvana, we see a stark contrast in their lives and striking similarities. Bach’s biblical upbringing versus Cobain’s Buddhism, which led to his belief in Nihilism later in life.

For Bach, his worldview produced some of the most celebrated classical music of all time that gave a sense of hope to its audience as they admired the art of his compositions. For Cobain, his worldview led to producing music that bears nothing meaningful or worthwhile in substance. The soul can express itself best through music and music allows us to see into the souls of one another. The Bible shapes our souls into redeemed wretches, while its absence allows our souls to rot in utter decay. On the one hand, everlasting life and on the other a life that left too soon.

The next chapter focuses on the biblical value of service when compared to other worldviews. Drawing from his own experiences growing up in India, Mangalwadi explains how someone who lives out the statutes of the Bible in a real-world way will see their whole outlook on life change as they do less for themselves and more for others in the name of Christ. While others worry about getting to the other side where the grass is always greener, Christ compels His followers to seek out those whose grass is not so green and to help them flourish as they soak in the love of the Son. The world promotes self-love for our own good, but Christ commands selfless love as we serve others for the greater good.

Mangalwadi continues into more particular ways in which the Bible has influenced and helped make the modern West by going into the quest of life, along with our role in that quest as free creatures. The Bible helped give humans the ultimate quest in life: to be known by God, to know God, and to make God known. In the same respect, it also gives us a true sense of self as we now know that we are neither equal to God nor to a dog, but rather exist in the middle of the spiritual and the natural.

We are free creatures that create like our Creator and yet are the cherry on top of Creation itself. He asserts that “I am a creative creature” and a free one at that too as we journey on our unique quests into the unknown reaches of what truly makes us human. As we draw close to God, we at the same token draw close to a proper understanding of ourselves in light of His light: the Word of God.

From here, Mangalwadi touches on our humanity and rationality as self-conscious beings. When it comes to humanity in particular, the Bible was the very spark that ignited the Renaissance, along with the reintroduced idea of human dignity. Even in the most cruel cases of people living in rejection to God in history, our human dignity cannot be erased from the human consciousness. It remains an ever-present element in our lives as a mark that we were made for more.

For rationality, the greatest movements post-11th Century Europe all involved in some shape or form a strong emphasis on learning, especially through reading and writing. This can be traced back to Augustine, Boethius, William Tyndale, and other brights that sought to bring the truths of Scripture to the commoners who lived in ignorance. It was people like these who brought about new generations of free thinkers that could now test the claims of the corrupt and powerful.

When it came to the advancements of technology throughout the ages, notable scholar Ernst Benz clearly pinpoints the four key ways that a Judeo-Christian worldview helped the development of technology on a worldwide scale. His reasoning is summarized below by Mangalwadi:

“First, the Bible emphasized intelligent craftsmanship in the world’s design. Second, the Bible suggested that human beings participate in divine workmanship by being good artisans themselves. Third, the Bible taught that we follow divine example when we use the physical universe for righteous ends. And fourth, the Bible challenged the West to use time wisely, because each moment is a valuable, one-time opportunity (P. 97).”

In short, most of the most important inventions of the last several centuries can be attributed to a Biblical worldview that fueled the passion of many inventors over time. These inventions include the lateen sail, the wheeled plow, the horse as a tool in the workforce, the water mill, the windmill, the crank, the wheelbarrow, the flywheel, the pipe organ, the mechanical clock, eyeglasses, and dozens of other inventions that are the basis of Western technological advancements.

The idea of a hero has changed as the culture in Western society has transformed with the passing of time. The classical hero exemplified the traits that would be expected of the Greco-Roman mentality and that meant powerful leverage over others, whether politically, militarily, or any other barbaric means necessary to control those beneath you. The medieval hero was the next idea of heroism and they sought glory, skill, prowess, loyalty, generosity, and courtesy. This eventually led to what is known as religious chivalry and this was basically the equivalent of placing a spiritual mask onto a sinful practice.

That is, fighting for the LORD would guarantee salvation, which was a lie. This idea has evolved into what is known today and what I like to call “good-person salvation.” The idea that because someone “lives a good life” and is a “good person,” that they will inherit eternal life in Heaven. As this idea flourished over the years, it was the Reformers of the 15th and 16th centuries who brought back the idea of true heroism. A heroism based off of Christ himself and His selfless sacrifice for his enemies. This is the backbone behind what most people refer to in Western society as a real hero: someone who is sacrificial, loving, true, and giving to those in need.

Starting in universities and growing in pubs all across Europe, this revolution stood firmly on God’s Word as its source of reform. The reformers consisted of a team of ragtag “heretics” who just wanted the Word to be the final say in the World, even greater than the Pope. The result of the revolution? Two Bible translations for the commoner, the Geneva and the KJV, along with the most powerful force in any society: an informed public.

Well that’s just half of my review and summary of The Book That Made Your World! Stay tuned for Part 2 and the rest of my thoughts on this book. With that, Godspeed and Jesus bless!